The adult male of the Citrine Wagtail in breeding plumage have bright-yellow head and underparts; neck, mantle and uppertail are olive-grey; sometimes neck and its flanks are black; the flight feathers and wing coverts are black-brownish with broad white edges on the inner webs. The median and greater coverts are with white tips. The tail feathers are black or black-brownish with a much white on the two outer pairs. The bill and legs are black-brown, the eyes are brown. The adult female in breeding plumage is similar on the male but much dimmer. The head is probable same color with the back. After the autumn molting birds have brownish or olive tinge. The head is grayish-green almost same color with the back; the forehead and supercilium stay yellow; ear coverts are brownish mottled. Juveniles are olive-brownish above; the ear coverts are grayish-brown; the supercilium is pale buffy-white. The flight feathers and wing coverts are dark-brownish with broad buffy-white edges on the last secondaries, median and greater coverts. The tail feathers are black with much white on the two outer pairs. The underparts are off-white with buffy tinge on the breast and craw. The bill is brownish, legs are dark-brownish. Weight 14.4-22 grams, wing 72-91, tail 69-92 мм.

In Kazakhstan the Citrine Wagtail breeds in some regions of the northern half of republic (Ural, Ishim, Irgi, rivers, Tengiz-Kurgaldzhin depression), and also in the mountains of Eastern and South-Eastern Kazakhstan. On migration occurs almost throughout. The detailed distribution in Kazakhstan please see in the chapter "Races".

The Citrine Wagtail is common breeding migrant. Inhabits wet meadow with scattered shrubs, hummock marsh and meadows by mountain steams, as on plains and in mountains up to 1700 m in Altai and at 2300-2800 m in Tien Shan. During migration occurs on shores of lakes and in reed beds. Appears in early March to early April in southern areas, and in early April to early May in northern ones and in mountains, in flocks of 10-15 birds, often with Yellow Wagtail. Last migrants recorded in end May. Breeds in separate pairs in loose colonies. Nest is built on the ground under the bush or grass shelter, or in sedge tussocks up to 30 cm from surface water. It made by female mostly, from dry grass and sometimes is lined with hair. Clutches of 4-6 eggs appears end April to early July. Both parents incubate and feed juveniles, which fledge end May to late July. Long breeding period is explained by phenological differences on the plains and in mountains. Autumn migration begins early August. Most birds leave end August to mid September, last birds recorded in end September - mid October. 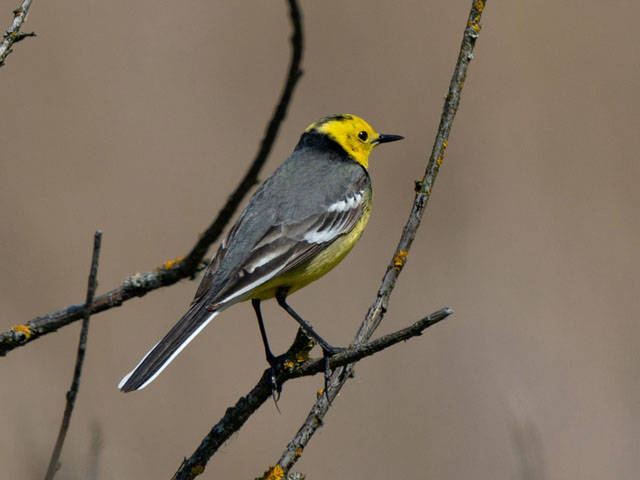 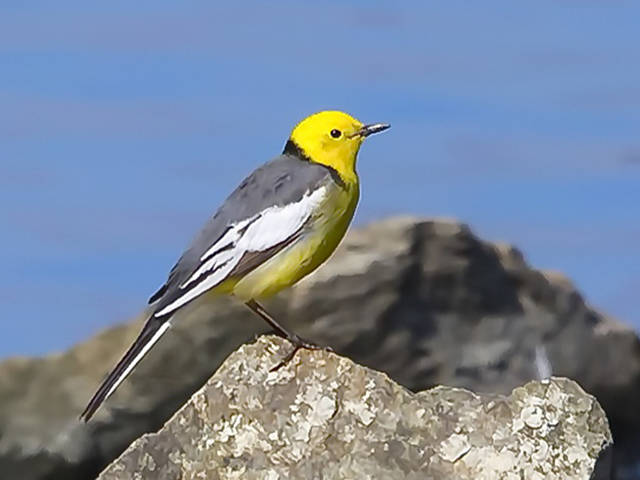 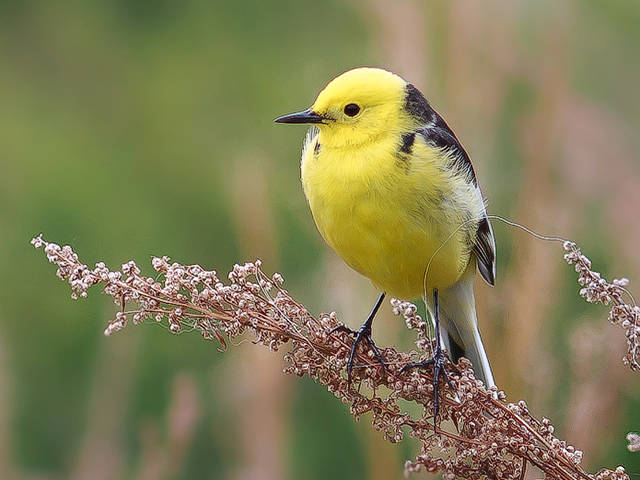 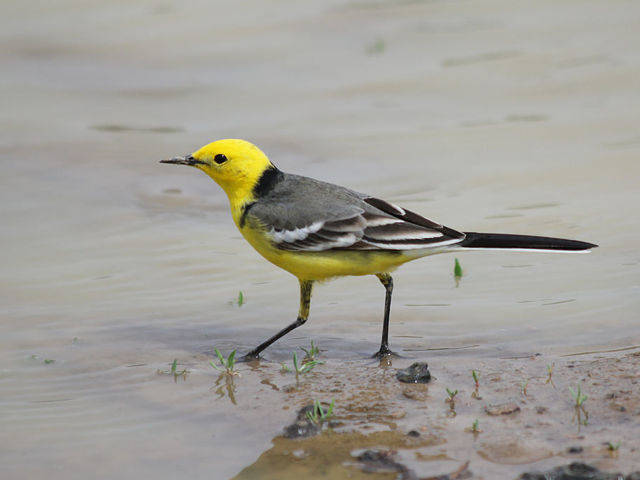 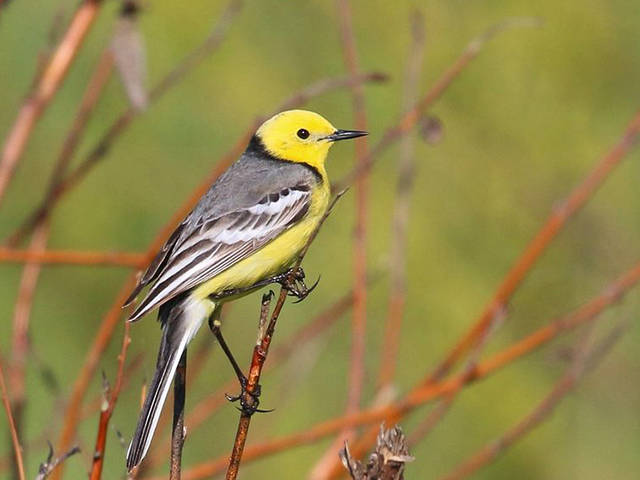 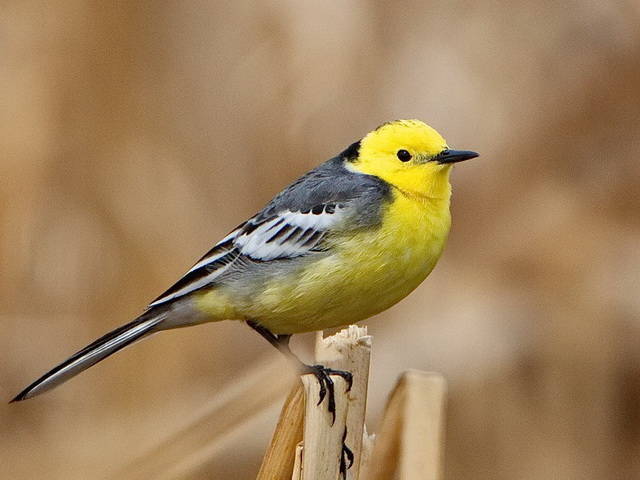 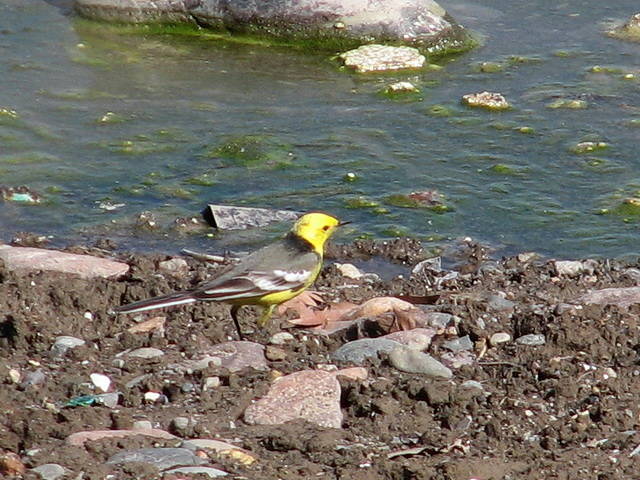 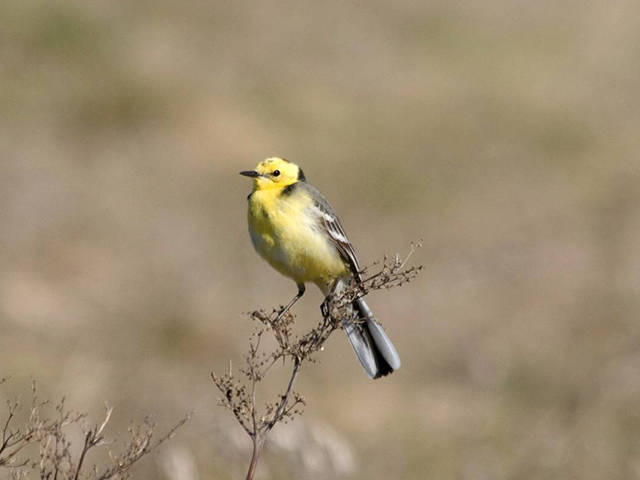 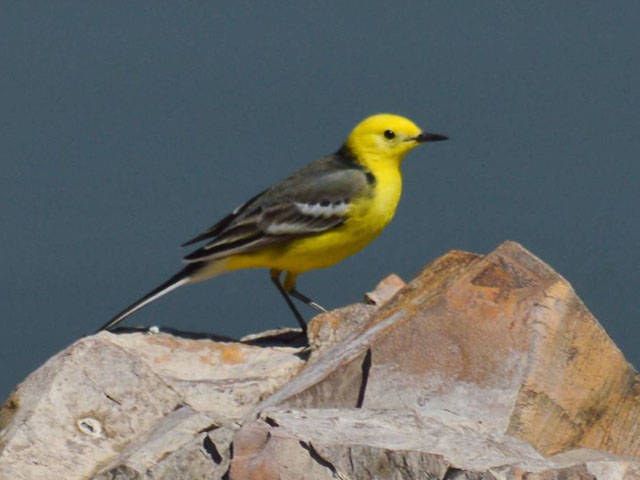 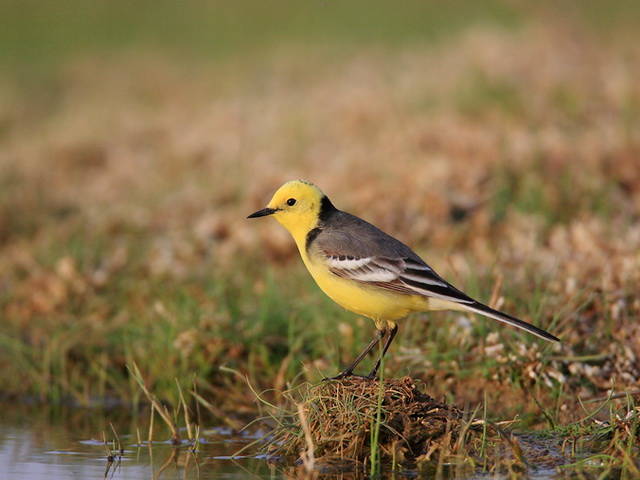